Commodore made a number of different cassette tape data recorders or datasettes.
Below are all known models and variants with photos from my personal collection.
Special Thanks to Giacomo Vernoni for his book Commodore Tape Recorders
A video version of this is on my YouTube channel here. 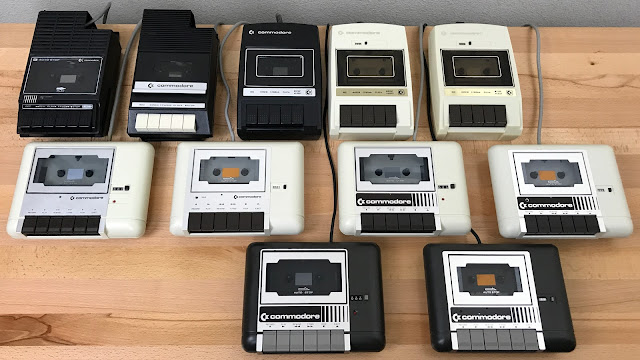 The first cassette tape drive Commodore made was actually made by Sanyo. It was a Sanyo M1540A audio tape recorder that Commodore used in the original PET prototype and in later pre-production PET computers. Commodore purchased these tape recorders retail and continued to use them in the first 100 PETs shipped in the fall of 1977.
The Sanyo logo was covered by a Commodore sticker. The speaker and audio panel were removed, and the corner was cut off to prevent interference with the PET power supply. 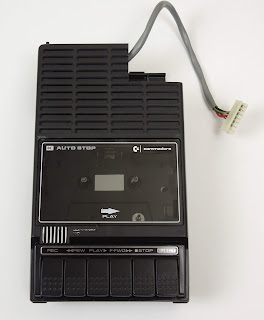 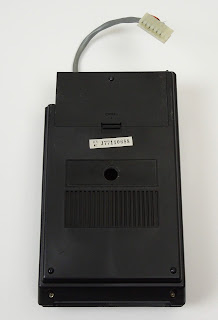 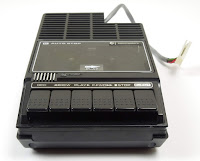 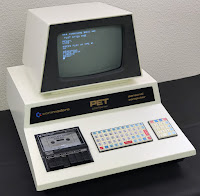 When the PET computer started full scale production, Commodore used a custom branded audio recorder made by an OEM in Taiwan. When removed from the computer, you can see the speaker grille, battery compartment and missing audio jack panel in front. This same tape drive was sold as an audio recorder under several different brands. 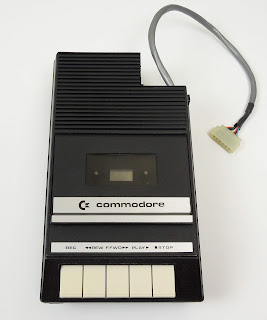 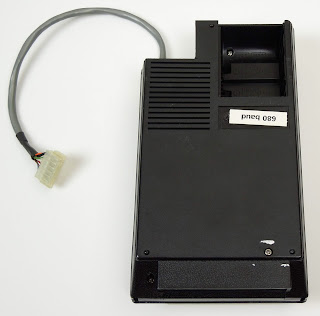 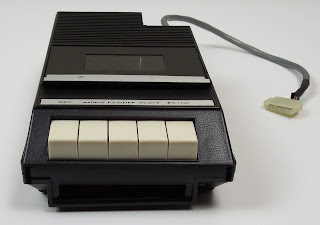 Since it was never sold separately, it doesn't have a Commodore model number. It's usually referred to as the "White Keys" drive.
This drive was made with a black label and a silver label. 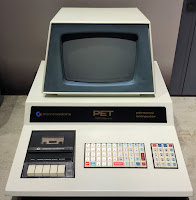 The C2N drive was essentially the same OEM audio cassette drive that was built in to the original PET 2001, just with a different plastic housing and the addition of an eject feature.
This was also the first cassette drive that Commodore sold separately as an external unit. 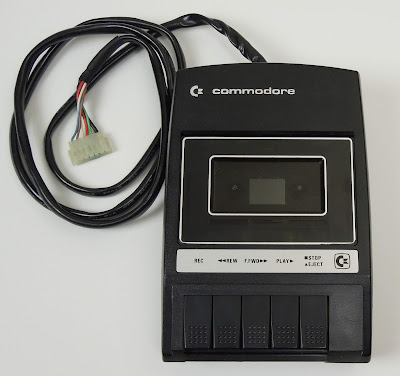 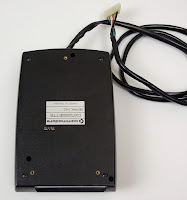 The C2N was changed to white to match the color of the VIC-20 and a tape counter was added, but otherwise the white version is the same as the earlier black model. 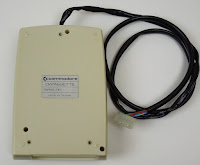 The white version of the C2N drive can have a black or white tape counter and later versions have a different cable and connector shell. 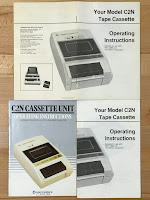 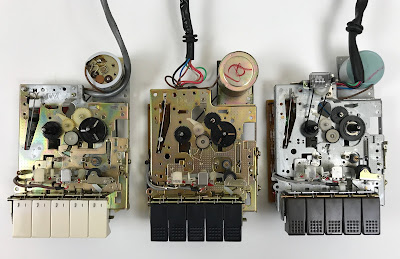 "White Keys", Black C2N and White C2N transport mechanisms
The 1530 drive replaced the C2N drive. Also called a C2N, or a VIC-1530 or C2N model 1530 or 1530 model C2N.
The 1530 has two main variants. The one made in Taiwan is distinguished by a black tape counter and the record light on the right, below the tape counter. 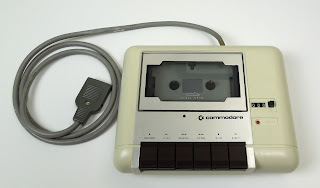 The one made in Japan is distinguished by a smaller white tape counter, an orange label behind the cassette window and the record light is on the left, above the record key. 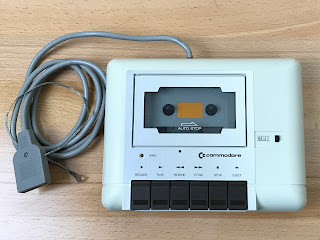 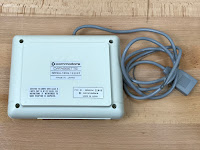 Commodore later changed the top label style on both versions with a larger logo and vertical stripes. 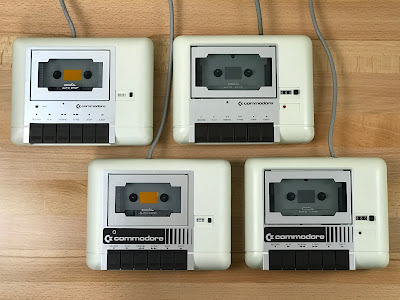 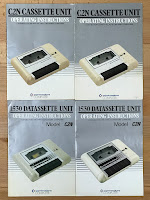 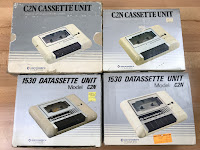 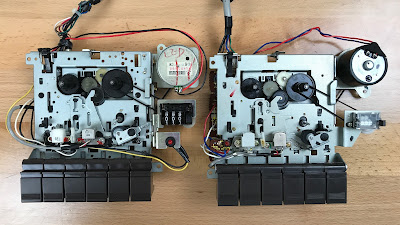 Taiwanese and Japanese 1530 transport mechanisms
The 1531 drive was made to match the Commodore 264 series of computers, like the plus/4, the C16 and C116.
The Taiwan made version and Japan made versions are the same as the 1530, only the color and the connector changed. 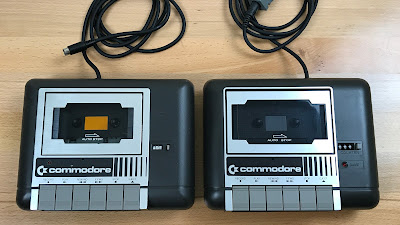 The 1531 shipped with an adapter for backwards compatibility with other Commodore computers. 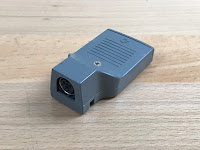 It seems that the 1531 was also made in white, at least by the Taiwan OEM. This Taiwanese 1531 is marked as a 1531, with the 1531 cable and connector. This variant is somewhat rare and it's not known why some were made in this color. 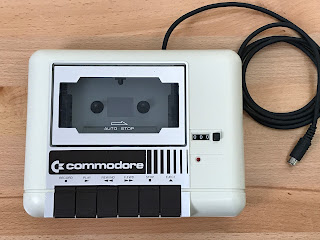 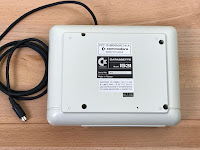 I also made a video which shows the entire collection and details about each version.